The Wankel Table – Having a Rotary Engine Table

What is the Rotary Engine

?Most cars have engines in them that burn fuel to produce power. These engines are called internal combustion engines. Of these engines, 99% of cars on the road today have an engine that runs with pistons called a piston engine. These pistons move up and down: sucking in air/fuel, compressing the mixture, igniting the mixture with a bang, and expelling this hot air and burnt fuel. However, a rotary engine does the??sucking, compressing, igniting and expelling without?pistons; it uses a revolving triangle shape rotor which spins inside of a combustion chamber to do the same job. The development of the rotary engine became the first alternative to the piston engine used in the automotive industry.

Who Invented the Rotary Engine

A German inventor, by the name of Felix Wankel, invented the rotary engine when he was only 17 years old. Thereafter, in 1924, Felix Wankel began small laboratory where he continued the development of his rotary engine (2). By 1954 he had completed his first design and had it tested by 1957. During this time, Felix Wankel worked extensively with a German motorcycle?manufacture?(NSU) and officially announced completion of the engine in 1959. ?A Japanese automaker, Mazda, was one of the many?manufacturers who contracted a license with NSU to continue the development of the rotary engine. In 1963, Mazda opened their own research department to develop and perfect the engine to be used in their automobiles. In 1967, Mazda released the world`s first dual rotor sports car named the Cosmo Sport.
http://www.history.com/this-day-in-history/rotary-engine-inventor-felix-wankel-born (2)

A Brief explanation can be seen on the website howstuffworks.com linked on this page. Also, a film produced by Toyo Kogyo explains the inner working of the rotary engine well by comparing the engine to a conventional reciprocating piston engine. 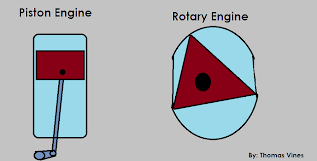 Why having a Rotary Engine Table ?

If you don’t like it, none. However, if you do like it this engine is one of the most unique you can have. Produced only for the Mazda RX this last decades, it becomes rarer every year. Due to a very bad fuel efficiency this engines production has stopped and it is now an historical part of the automotive history. Most of people have never seen and we’ll probably never see inside a wankel engine. If you were making an “Automotive Museum” or historic collection, this is a table you must have ! 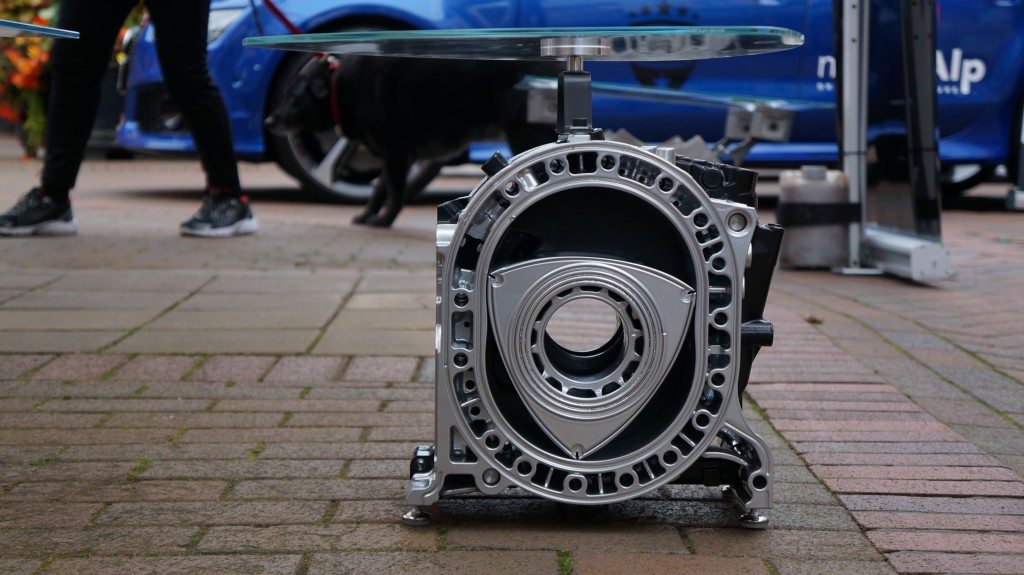